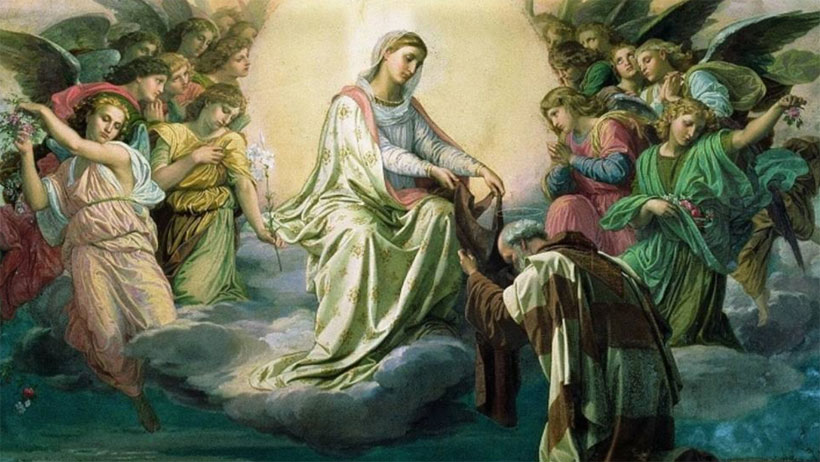 Today, July 16th is the liturgical feast of Our Lady of Mount Carmel.

In the 13th century in Palestine, the Virgin Mary appeared to an Englishman called Saint Simon Stock–a prior of the Carmelite Order–and gave him the Brown Scapular and the Carmelite brown habit.

The Brown Scapular, a medal that shows thanksgiving to Mary, has been a popular devotion since the 15th century. Our Mother promised to protect anyone who wears the Scapular.

In Catholic-majority countries, there has been a particular veneration to Our Lady of Mount Carmel–la Virgen del Carmen, in Spanish. In coastal towns of Spain, la Virgen del Carmen is associated with Stella Maris, Star of the Sea.

The visionaries of Fatima reported that Our Lady of Mount Carmel was among the titles claimed by Mary.

In Garabandal, the Virgin Mary asked to lead good lives, make many sacrifices, give much importance to the Eucharist, and visit frequently the Blessed Sacrament.

At the beginning of each mystery, we will mention the names of those in need of prayers.  Please formulate your requests through our WhatsApp Group (Click to join) or at our website.

• New! Playlist with all of the daily Rosaries, including today’s