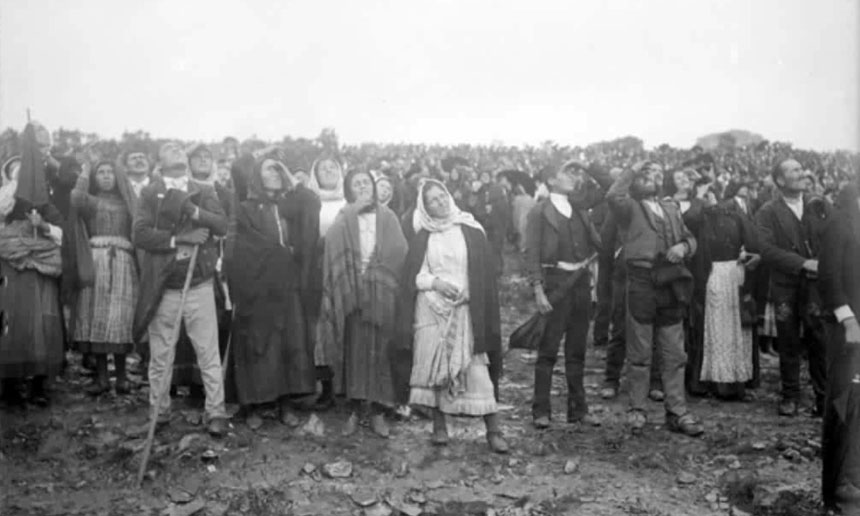 On October 13, 1917, the most crowded miracle ever took place in Fatima, Portugal, exactly as the Virgin Mary promised to the three shepherd children that it’d happen. Over 70,000 people witnessed the “Miracle of the Sun.”

Newspapers of that time described an incredible event that lasted ten minutes. The sun zig-zagged in the sky and emitted multicolored light and radiant colors. In addition, the clothes of pilgrims, which were soaked due to intense rain, immediately drought without any rational explanation.

The Miracle of Fatima was the sixth apparition of the Holy Virgin and showed once again the control over the nature of the Divinity. It was a heavenly seal to confirm the messages of Fatima.

In this apparition, Our Lady of the Rosary warned the world by talking to the children: “Do not offend God anymore, because he is already too much offended.”

It was a solemn reminder about the disastrous consequences of sin, meaning eternal damnation in Hell.

Ave Maria!
Jesus, I Trust In You!
Our Lady of the Rosary of Fatima, Pray for Us!