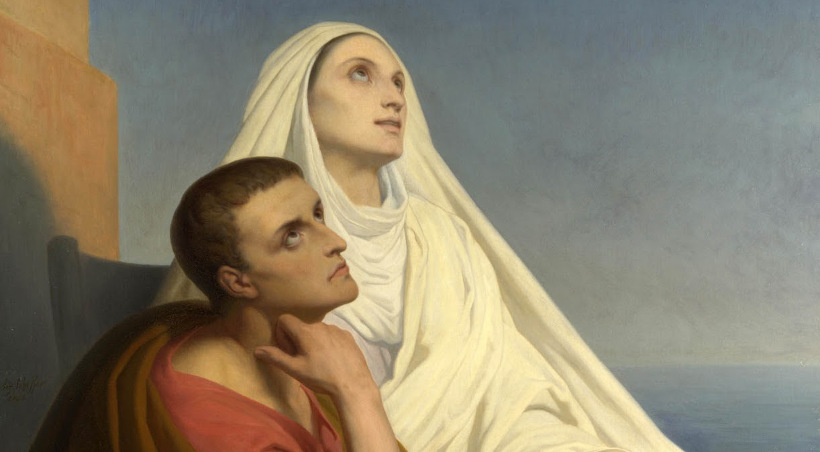 Today’s is the Memorial Day of St Monica, the virtuous mother of St Augustine of Hippo.

Born in the fourth century in the north of Africa, she is honored for her Christian virtues—particularly the suffering caused by her husband’s adultery, a Roman pagan named Patricius—along with her prayerful life dedicated to the conversion of her son.

She spent night after night praying and weeping for her son Augustine—who would later describe her mother’s holiness in his Confessions.

St Monica is venerated worldwide for her long-suffering patience, penance, and incessant prayer.

The city of Santa Monica, in California, was named after her, as were the “weeping” springs outside the city.

The tears she shed over her son’s early impiety symbolize every mother’s patience and perseverance on prayer for the good of the family.

- Who We Are
- Contact Us
- Our WhatsApp Group
- Geographic Reach

This work is licensed under Creative Commons (CC BY 4.0). The Rosary Network is a nonprofit initiative.
© 2020 The Rosary Network | 747 Third Avenue, 2nd Floor, New York, NY 10017 • Made in the U.S.A.
#1 Daily Rosary Podcast on Apple, Google, Spotify, Overcast, and AnchorJoin Our Prayer!