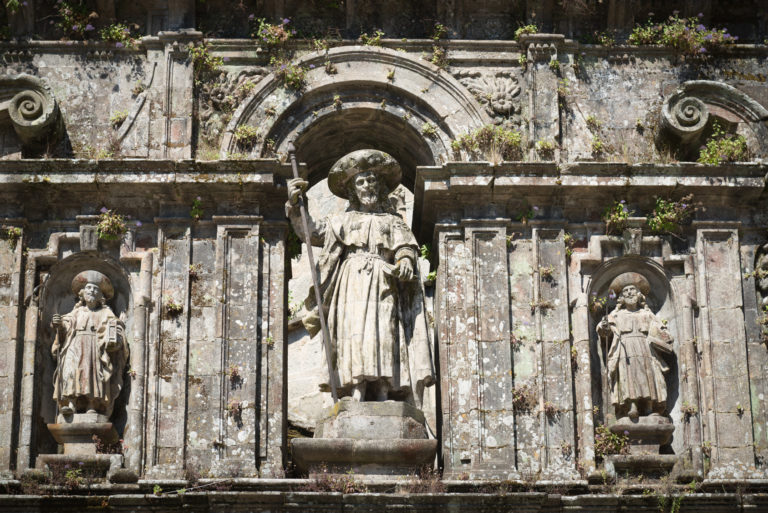 Today is the festivity of Saint James, the brother of John the Evangelist, and the first Apostle to be martyred. James was one of the three Apostles who were particularly close to Jesus. He was with his brother and Peter at the Transfiguration and in the Garden of Gethsemane.

After the Crucifixion, Resurrection, and Ascension of Jesus, he traveled to preach to Spain, Roman Hispania at that time. While he was praying upon the banks of the Ebro River in Caesaraugusta, Saragossa, he experienced the first apparition of the Virgin Mary, in a mystical phenomenon known as bilocation. It was the first Marian supernatural apparition; it occurred in the year 40th while Mary was still alive on earth (she was living in Jerusalem).

The Blessed Mother would become Our Lady of the Pillar, Nuestra Señora del Pilar, in Spanish. James would be the patron saint of Spain and the pilgrims.

After James was beheaded in Jerusalem by the order of Herod Agrippa, his remains were transported to the end of the earth, the Finisterre, in northwestern Spain, in Galicia. There, he is venerated at Santiago de Compostela, a medieval pilgrimage site, the James’ Way, el Camino de Santiago, still very popular today.

The Fifteen Promises For Those Who Recite the Rosary